Customize Your Trip
Croatia is a Central European and Mediterranean country, bordering Slovenia to the west, Hungary to the north, Serbia to the east, and Bosnia and Herzegovina to the south; the country also has a long maritime border with Italy in the Adriatic Sea.

Kotor is located at the end of Boka Bay; surrounded…
From$2,750
From$2,240
The Balkan Tour – Croatia, Albania & Macedonia
Stunning Ohrid Lake instills one with stillness as much as Ohrid town, one of the…
View Tour Details

Stunning Ohrid Lake instills one with stillness as much as…
From$2,240
From$2,750
The Best of Croatia
This astonishing tour of Croatia includes some of the most coveted destinations within the country.
View Tour Details

The Best of Croatia

This astonishing tour of Croatia includes some of the most…
From$2,750
From$5,010
Croatia & Slovenia – East West & North to South
This wonderful program dives deep into some of the most beautiful parts of Croatia, including…
View Tour Details

This wonderful program dives deep into some of the most…
From$5,010
From$5,180
Slovenia & Croatia – Culture and Culinary Delights Tour
The group of South Slavs, who originally settled in the area called Slovenia is situated…
View Tour Details

The group of South Slavs, who originally settled in the…
From$5,180
From$4,395
Croatia Countryside & Island Hopping
Croatia has 13 islands to provide the perfect opportunity for island-hopping and has over 1000…
View Tour Details

Croatia has 13 islands to provide the perfect opportunity for…
From$4,395

The Croatian national territory totals 56.594 km2 with 31.479 km2 of coastal waters for sailing, swimming, and diving.

Croatia occupies the largest area of the eastern coast of the Adriatic Sea, which penetrates deep into the European continent as a part of the Mediterranean Sea. The narrow Dinara Mountain Range separates the country’s Mediterranean region from its central European continental section, which spans from the eastern edges of the Alps in the northwest to the shores of the Danube in the East, encompassing the southern part of the fertile Pannonian lowlands.

And if the beauty of such landscapes weren’t enough, here’s a refreshing piece of news: tap water is drinkable across all of Croatia. 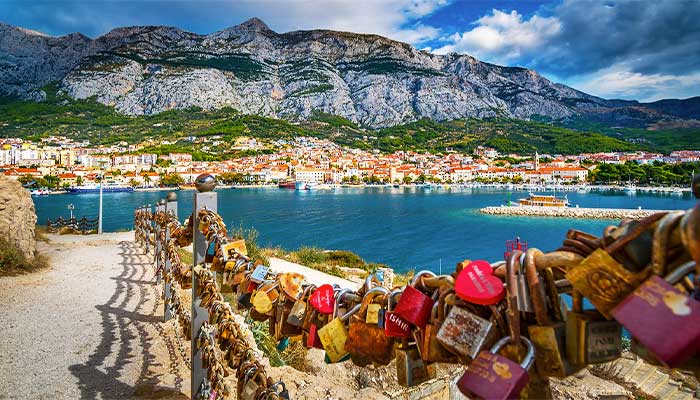 Lightweights and beachwear (including sun protection) for summer. Medium weights for winter with heavy, warm clothing for inland areas. It is a good idea to pack waterproofs at any time of year. 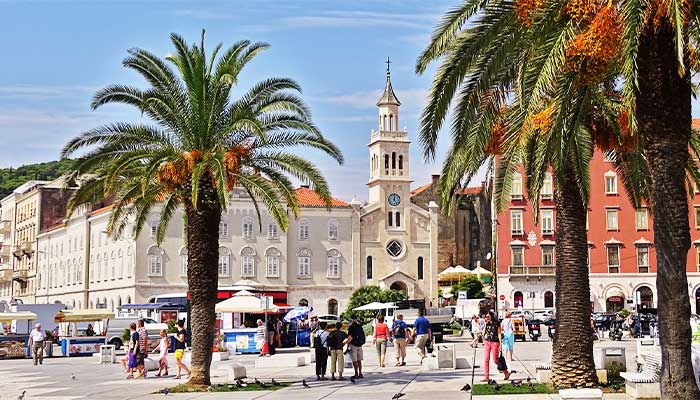 Croatia enjoys three different climates: The coast has a pleasant Mediterranean climate with many days of sunshine per year. Summers are hot and dry, and winters are mild and wet. Temperatures drop slightly as you move inland, where the climate is continental and moderate. Once you climb above 1.200 m, you’ll be greeted with fresh mountain air and temperatures around 13 C in the summer months. 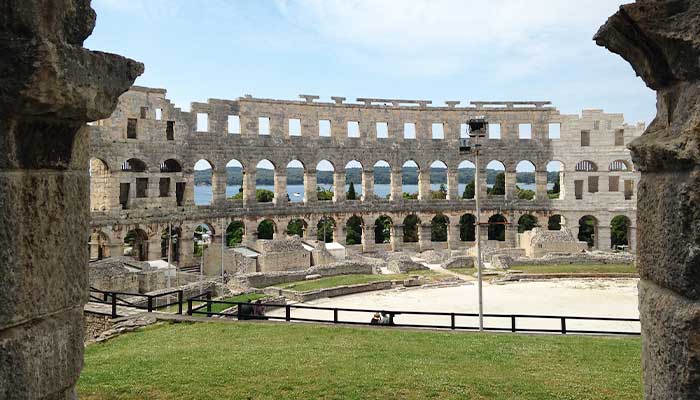