Customize Your Trip How It Works
France Tours & Vacations
How It Works Customize Your Trip
France has consistently been the world’s number one tourist destination, excluding the pandemics years. It’s not hard to understand why. France has it all. It has some of the greatest beaches in Europe, as well as the highest mountains and the finest historic monuments, the most beautiful cities, the most idyllic countryside, the most magnificent castles, the finest rivers, and plenty more, not to mention some of the best restaurants and the finest wines and more hotels than any other country in Europe.

From$1,650
Paris Mon Amour – A French Classic
Discover Paris’s most famous monuments and tourist sights on a single tour. This excursion is…
View Tour Details

Discover Paris’s most famous monuments and tourist sights on a…
From$1,650
From$1,220
France – Under The Sun of The French Riviera
Explore the amazing Antibes by the seaside, passing throughout Cap d’Antibes: one of the most…
View Tour Details

France – Under The Sun of The French Riviera

Explore the amazing Antibes by the seaside, passing throughout Cap…
From$1,220
France – A Royal Experience
In this tour, you will be amazed by the sumptuous décor of the Versailles, and…
View Tour Details

In this tour, you will be amazed by the sumptuous…
From$1,680
France – II World War, Battle of Normandy
The abbey is one of Europe’s most unforgettable sights. Mont Saint Michel was a place…
View Tour Details

The abbey is one of Europe’s most unforgettable sights. Mont…
From$1,680
From$11,540
France & Northern Spain
This fantastic itinerary begins in Bordeaux, where we invite you to explore France’s ‘Petit Paris’…
View Tour Details

This fantastic itinerary begins in Bordeaux, where we invite you…
From$11,540

About FranceSome information and tips about France

In France tourism is a most important industry. France is the world’s main traveller destination. Not only is it located at the heart of western Europe, bordering on all the large nations in the place – Italy, Spain, Germany, Belgium, Switzerland and – across the straits of Dover – the UK; it also has Europe’s 2nd busiest airport – Paris Charles de Gaulle airport – and dozens extra airports with global connections.

As a country, France offers a fantastic historical heritage and probably the most varied herbal environment of any country in Europe. Its tourist sights illustrate the records of the human race, two from the prehistoric web sites of Cro Magnon to the metal and glass of the Futuroscope; they consist of satisfactory vestiges of all European civilizations, from the prehistoric megaliths of Carnac and the Roman remains of Provence, via medieval castles and cathedrals, to the splendors of Versailles, the nineteenth century Eiffel Tower, or the resolute modernity of the TGV.

In addition, France has the vital tourism infrastructure to cope with its reputation as main traveler destination – greater accommodations and campsites than any other us of a of Europe, likely extra gites or excursion cottages, the great and most cutting-edge rail network in Europe, and a satisfactory system of motorways linking all main towns and cities.

France stretches 1,000km (600mi) from north to south and the same from east to west, covering an area of 551,500km² (213,000mi²) which rises to 675,417km² (254,000mi.²) with overseas territories. It is the third largest country in Europe after Russia and Ukraine (second if you count the overseas included). Metropolitan France has four coastlines: The North Sea, English Channel, the Atlantic Ocean and the Mediterranean Sea. The total length of its coastline reaches 3427 km. Except for its northeastern border, the country is bounded mainly by seas and oceans and natural borders: the Rhine and the Jura, Alps, Pyrénées mountains.
France has a temperate and pleasant climate. Continental France is divided into four distinct climatic areas: Oceanic climate (western France): average rainfall is spread over many days and modest annual temperature variations. Continental climate (central and eastern France): cold winters and hot summers. Mediterranean climate (south eastern France): warm and dry summers, rainfall from October to April (damp but mild weather), ample sunshine all year round. Mountain climate (above 600-800m altitudes): high rainfall, snows three to six months per year.

Light, breathable clothing for summer and waterproof winter gear for the mountains all year round. In winter, even the Mediterranean resorts often require a sweater or jacket for the cool evenings. 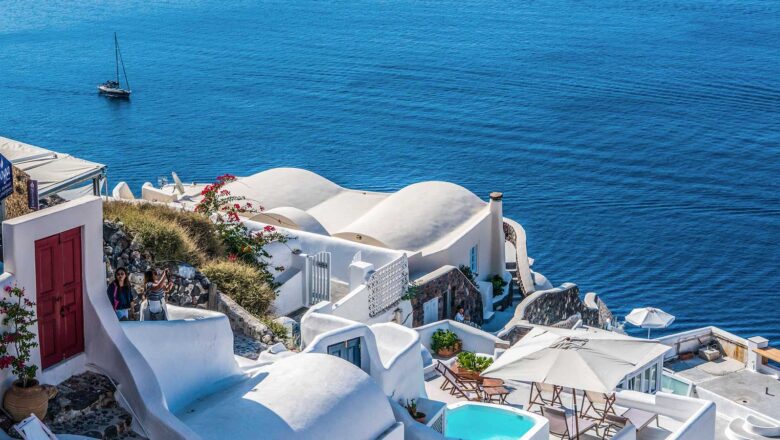