based on 2 reviews
Customize Your Trip
Everything Turkey offers in travel, and a lot more, at your fingertips. Turkey is one of the leading tourism countries in the world with its stunning scenery and rich historic legacy. Explore Turkey’s most popular holiday destinations, beautiful coastline, spectacular icons, exciting events, and cultural festivals.  Turkey, what a beautiful country; fun, joy, happiness and never-ending journey.

Discover Turasan Winery where they produce and store their wines…
From$2740
From$2185
Turkish Arts and Crafts
Ebru: Turkish Art of Marbling is the traditional art of creating colorful patterns by sprinkling…
View Tour Details

Ebru: Turkish Art of Marbling is the traditional art of…
From$2185
Turkey – The Ancient Gods of Anatolia
With its unique stone architecture, Mardin became the second city in the world to be…
View Tour Details

With its unique stone architecture, Mardin became the second city…
Turkey – Following Alexander The Great
Admire one of the world’s best-preserved theatres at Aspendos and explore the acropolis where people…
View Tour Details

Admire one of the world’s best-preserved theatres at Aspendos and…
From$2934
Turkey – Journey to The Home of Mythology
Pergamon and its Multi-Layered Cultural Landscape, the only capital city from the Hellenistic period, in…
View Tour Details

Pergamon and its Multi-Layered Cultural Landscape, the only capital city…
From$2934
Best of Turkey: Istanbul, Cappadocia, Ephesus and beyond
Turkish lifestyle is a vivid mosaic, juxtaposing the West and the East, the modern and…
View Tour Details

Best of Turkey: Istanbul, Cappadocia, Ephesus and beyond

Turkish lifestyle is a vivid mosaic, juxtaposing the West and…
Turkey – Routes of St. Paul – 1st Missionary Journey
About 47-49 AD Paul went on his first journey, traveling from east to west along…
View Tour Details

About 47-49 AD Paul went on his first journey, traveling…
Turkey – Seven Churches of Revelations
Turkish culture is unique in the world. Turkey may be the only country that contains…
View Tour Details

Turkish culture is unique in the world. Turkey may be…
Turkey – Culinary Tours & Wine Tasting
Would you like to taste the most delicious wines in Turkey? During your tour, you…
View Tour Details

Would you like to taste the most delicious wines in…
Turkey – Footsteps of Saint Paul
Since up to 98 percent of the population are Muslims, Christians are a minority religion…
View Tour Details

Since up to 98 percent of the population are Muslims,…
From$1.440
Wonder of Anatolia – Turkey
St. Pier Church, the area where the church was constructed is the antique city of Antiokheia. As the Antiokheia got bigger…
View Tour Details

St. Pier Church, the area where the church was constructed is the…
From$1.440
Turkey – Istanbul & Cappadocia & Antalya
In Urgup, St Theodore and Pancarlık churches are elaborately decorated with religious art. The Chapel…
View Tour Details

In Urgup, St Theodore and Pancarlık churches are elaborately decorated…
The Western Shores of Turkey – Bodrum
Bodrum Amphitheatre; is the structure accredited to the reign of King Mausolus, although it wasn’t…
View Tour Details

The Western Shores of Turkey – Bodrum

Bodrum Amphitheatre; is the structure accredited to the reign of…
Aegean Pearl
The most magnificent of Istanbul’s monuments are clustered on the historical peninsula, the triangular piece…
View Tour Details

Pamukkale is a fascinating expression by mother nature and the…
West of Turkey Tour
The ancient city of Ephesus is Turkey’s most important ancient city, and one of the…
View Tour Details

The ancient city of Ephesus is Turkey’s most important ancient…
Istanbul & Ephesus Tour – Turkey
Istanbul, a fascinating city built on two Continents, divided by the Bosphorus Strait. This is…
View Tour Details

Thousands of years ago a group of ancient volcanoes, Mount…
Exploring Glorious Turkey
The Cappadocia region is the place where nature and history beautifully come together. In strange…
View Tour Details

The Cappadocia region is the place where nature and history…

Istanbul is the only city in the world located on two continents, Europe and Asia.
Catalhoyuk is known as one of the earliest settlements in the Neolithic Age.
Two of the world's seven wonders are in Turkey; Temple of Artemis, Halicarnassus Mausoleum.
Virgin Mary in Selcuk, is a very popular pilgrimage site for Christians.
The delicious reputation of the Turkish Coffee spread all around Europe in the 17th century.
The word Turquoise comes from Turk, meaning Turkish, and was derived from the perfect blue of the Mediterranean Sea on the southern Turkish coast.
The world's greatest mosaic museum is Zeugma and the second greatest mosaic museum is Antakya in Turkey.
The most valuable silk carpet in the world is in the Mevlana Museum in Turkey.
Church of St.Peter is widely considered to be one of the earliest Christian houses of worship.
Anatolia is the birthplace of many historical figures such as Phrygian King Midas, Herodotus and St.Paul.

Yogurt is one of the healthiest foods in existence and is derived from the original Turkish Yoghurt.
St.Nicholas was born in Patara and served as the Bishop of Myra on the Mediterranean coast of Turkey.
Mugla has the longest coast in Turkey, stretching from Bodrum to Fethiye and beyond.
According to the Legend of Great Flood told in both the Quran and the Old Testament, Noah's Ark landed on Mount Agri in eastern Anatolia.
The seven churches mentioned in the Book of Revelation; Ephesus, Smyrna, Pergamon, Thyatira, Sardis, Philadelphia and Laodicea are all found in Turkey.
Tulips were first introduced to Europe by the Ottomans and quickly became all the rage over there.
Troy, where the Trojan wars recounted in the Iliad by Homeros of Smyrna, were fought is situated in a small village Tevfikiye of Canakkale in western Turkey.
One of the first most accurate world maps were drawn by the well-known Turkish cartographer and navigator Piri Reis in 1513.
Sanliurfa is known to be the City of the Prophets where Prophet Abraham, Prophet Job, Prophet Elijah, and Prophet Jacob lived.
Gobeklitepe Temple complex in southeast Turkey is the oldest ancient temple built by mankind anywhere in the world.
Kayseri derives its name from Augustus Caesar when it was called Caesaris.
The first coinage in human history began in Anatolia 300 years ago somebody flew from Galata Tower in Istanbul.
Turkey is one of the world's largest yacht manufacturers.

SPRING SEASON
Spring is a very nice season to travel to Turkey if you are looking to experience unique natural environments, mild and fresh temperatures, local life and smaller crowds, competitively priced hotels, and services.

Maybe April can be rainy, but this is high season for Turkey's popular destinations, with many boutique hotels fully booked, and prices at their highest. Spring is the off-season for Aegean and Mediterranean beach resorts.

SUMMER SEASON
Summer is the highest season to travel to Turkey if you are looking to experience warm summer temperatures, swimming, life in full swing, afternoon naps on a comfortable sun lounger, dinners at seaside restaurants, or summer garden terraces and rich nightlife. Please note that holiday resorts are high priced in the summer season.

Seaside resorts are crowded and prices are at their peak, but the cities are less so, with smaller crowds and shorter lines for admission to sights. Cappadocia is cheaper and more comfortable as well.

AUTUMN SEASON
Autumn is a very good season to travel to Turkey, if you are looking to experience discovering historical sites in depth, mild and comfortable temperatures, competitively priced hotels and services, smaller crowds and local life, unique natural environments.

This is high season for Turkey's popular destinations, with many boutique hotels heavily booked at their highest prices. Autumn is one of the best seasons to visit Turkey. At beach resorts, the water is still warm, crowds are smaller, and prices lower.

WINTER SEASON
Winter is one of the best seasons to travel to Turkey, if you are looking to experience skiing and other winter sports, authentic local life, off the beaten track Turkey, competitively priced hotels, unique natural environments.

Please note that the ski resorts are high priced in the winter season.

You can often travel to Turkey in December and February to benefit from the lower prices, better availability of hotel rooms, and lack of crowds.
AEGEAN, MARMARA, MEDITERRANEAN
Marmara, Aegean and Mediterranean coasts of Turkey display a typical Mediterranean climate of hot summers and mild winters, though Istanbul can have some very cold snaps with snow in the winter.

July and August are the hottest months with temperatures around 30°C with quite high humidity during the summer months. Temperatures increase a few degrees when traveling to the south and water temperatures also become warmer.

The swimming season is from June to September along the Marmara and North Aegean coasts, while it is from April to October on the south Aegean and Mediterranean coasts.
ANATOLIA
There is quite a difference between the climate of the coastal and the inland regions which tend to be at higher altitudes.

The Turkish weather reaches its extremes in central and eastern Anatolia and the Eastern parts of the country, with hot, dry summers when the temperatures may reach 42°C, and freezing snowy winters. Thus spring and autumn are best for sightseeing and traveling in this part of the country.

In the mountainous and Eastern regions of Turkey, the summers become milder and the winters harsher - temperatures can drop as low as -30°C to -38°C and snow may lay on the ground for around four months, making them ideal for winter sports.

BLACK SEA
The Black Sea has a comparatively moderate climate; the summers are warm and winters are mild. Rainfall is also heavier here than in any other region. The swimming season is from June to early September though the weather is not so dependable.

Depending on where you are, appropriate clothing will vary widely. If visiting during the summer take light cotton layers and a hat, as temperatures can reach scorching, particularly in the cities. During the winter months pack heavier layers and waterproofs. Sturdy shoes and equipment are advisable for anyone who will be trekking in the mountainous areas.

Our trip was handled by very professional people! The only thing was we had to wait at the hotel before…
by Janet W. 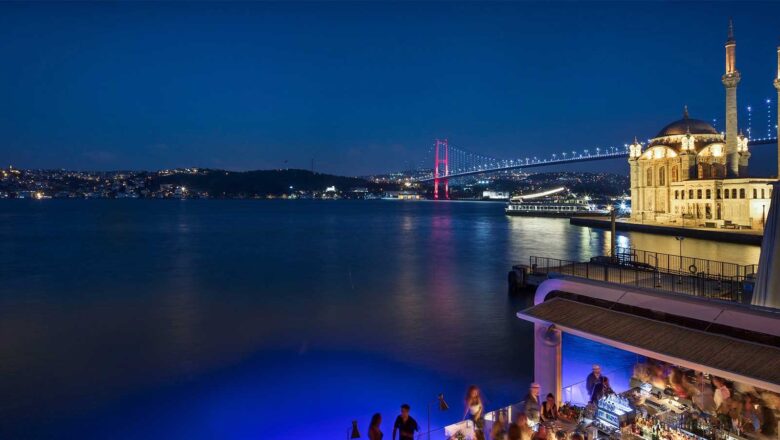 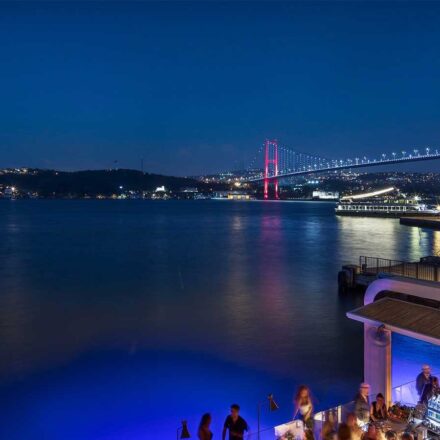 Thank you for the excellent service! We booked a family holiday, and we were very satisfied with the service. Our…
by Anna R.

We make a memorable trip easy

Let's start to plan your trip! Free quote - no charge.