Customize Your Trip How It Works
Zambia Tours & Vacations
How It Works Customize Your Trip
Zambia is home to some of Africa‘s most stunning wildlife, including the continent’s largest animals – elephant and hippopotamus. Go on an unforgettable safari adventure through the country’s game-rich parks where your chances of coming across some amazing sightings are never slim! Review our sample Zambia vacations for inspiration, and remember that each can be customized to your preferences for your dream trip.

Spanning 13 000 hectares of the pristine African bush, Kapama…
From$6,330
From$5,700
Luxury South Africa & Victoria Falls with Kruger Safari
Explore and enjoy the best of both Johannesburg & Soweto with this tour. You’ll get…
View Tour Details

Explore and enjoy the best of both Johannesburg & Soweto…
From$5,700
From$7,995
Luxury Travel to Southern Africa
Steeped in legend and history, the iconic Kruger National Park in South Africa is waiting…
View Tour Details

Steeped in legend and history, the iconic Kruger National Park…
From$7,995
From$3,820
South Africa, Zambia, Botswana – Kruger Park & Victoria Falls
Victoria Falls is classified as the largest, based on its combined width of  5,604 ft…
View Tour Details

Victoria Falls is classified as the largest, based on its…
From$3,820
From$5,525
Rwanda, Uganda, Zambia – Great Apes & Victoria Falls
Zambia’s recreation reserves grant pristine sanctuary to an extensive range of wildlife and boast some…
View Tour Details

Very few places in Africa can offer the unique combination…
From$6,890

About ZambiaSome information and tips about Zambia

Blessed with awe-inspiring herbal wonders, an abundance of wildlife, massive water our bodies and massive open spaces, Zambia provides unforgettable vacation trips exploring the actual Africa. Zambia is considered as one of the most beautiful, friendly and numerous international locations on the complete African continent. Aside from the majestic Victoria Falls, Zambia has extra natural water resources than any different southern African country, such as a myriad of different falls dotted across the country, now not to mention the well-known Zambezi River. The many National Parks provide fantastic opportunities for gazing Africa’s plains sport and their attendant predators, even as bustling urban areas offer a taste of eclectic Zambian culture. Discover the wealth of attractive locations this pleasant country has to offer on a luxury Zambia tour. Not to be missed are the brilliant views of the stunning Victoria Falls, followed through a safari.

Zambia’s recreation reserves grant pristine sanctuary to an extensive range of wildlife. Zambia wildlife tours offer some of the most pleasant game viewing possibilities in the world, from the North and South Parks on the hippo and croc-infested Luangwa River, to the wide expanse of the Lower Zambezi, the substantial and little-explored Kafue. Look beyond the Big Five and you’ll find Zambia full of fascinating rare and endemic species such as black lechwe, Crawshay’s zebra and Thornicroft’s giraffe.

As if all the lakes and waterfalls weren’t enough, Zambia is also domestic to the mind-blowing Zambezi River as properly as the Luangwa and Kafue river systems, providing great fishing opportunities, adventure things to do and canoeing safaris. These are some of the most unspoiled and best-protected rivers on the continent and are home to a great deal of Zambia’s wildlife.

Whether it’s the records and sheer measurement of Lake Tanganyika (the world’s longest lake) that draws you, getting off the crushed song at Lake Mweru, or taking in the secluded beach vacation ecosystem that can be determined on the banks of Lake Kariba.

Although Zambia lies in the tropics, the height of the plateau ensures that the local weather is seldom unpleasantly hot, except in the valleys. There are three seasons: the cool, dry winter season from May to September; the hot, dry season in October and November; and the wet season, which is even hotter, from December to April. Zambia is a vast, land-locked tropical plateau in southern Africa bordered by way of Angola to the west, the Democratic Republic of Congo to the north, Tanzania to the northeast, Malawi to the east, Mozambique to the southeast, Zimbabwe and Botswana to the south and the Caprivi Strip of Namibia to the southwest.

The Zambezi River, together with Lake Kariba, forms the frontier with Zimbabwe and lies at Zambia’s lowest point in altitude. Victoria Falls, fashioned via the Zambezi tumbling over a cli into the Batoka Gorge, is one of the most spectacular points of interest in Africa (if not the world). Lake Kariba, which was created by using the development of the Kariba Dam in the 1950s, is the world’s biggest reservoir with the aid of volume.
The Zambian capital, Lusaka, lies roughly in the center of the country, a region of thinly wooded bush. In the east and northeast, the use of a rises to a plateau 1,200m (3,937ft) high, protected by deciduous savannah, small trees, grassy plains or marshland.
In central Zambia, South Luangwa National Park, east of Lusaka, and Kafue National Park, west of Lusaka, are magnificent expanses of riverside grassland, woodland and wooded area with some of the densest and most diverse populations of wild animals in Africa. 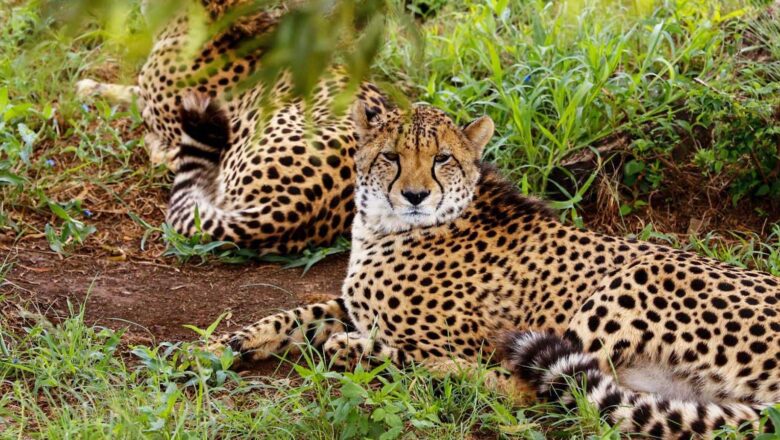